What is the State’s Defense to the lawsuit?  The State believes that the benefits at issue are not contractual and are attempting to distinguish the benefits in this case from those in predecessor cases in which the State also unsuccessfully argued employment-related benefits were not contractual. These cases are: (1) Simpson, (2) Faulkenbury, and (3) Bailey.  The State also contends that they have a right to change post-vested benefits due to statutory language they contend allows the State to amend already vested benefits. 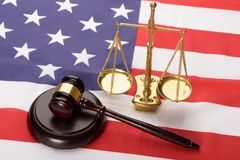 class has not yet been certified by the Court yet, a class certification determination is expected by the summer of 2016 according to the schedule set by the Court.

What is the impact? Currently, State retirees are paying premiums for health insurance that was promised to be free and paid for by the State for the duration of their retirement so long as they met the minimum vesting and retirement qualifications.  If the Court rules in favor of the Plaintiffs in the lawsuit, the State will be required to provide a premium-free 80/20 health plan to all vested retirees for the duration of their retirement and retirees will be entitled to reimbursement for excess premiums and certain excess out of pocket costs paid after the contested changes were made to the benefits.

What was promised retirees in the past?  Since the early 1980’s, the State has promised to provide all State Retirees with a premium-free 80/20 health plan to be offered through the State Health Plan.  Until the General Assembly’s changes in 2011, retirees had always received this benefit as a part of their retirement package.